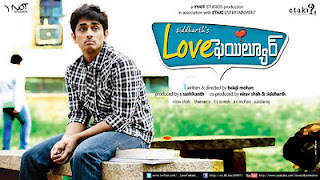 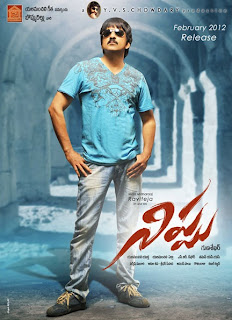 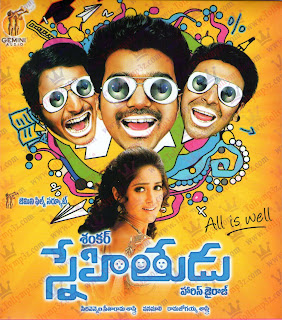 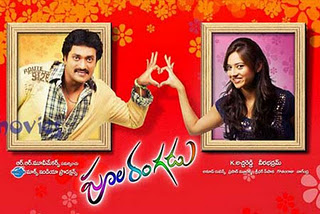 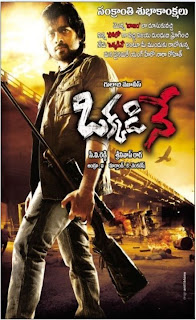 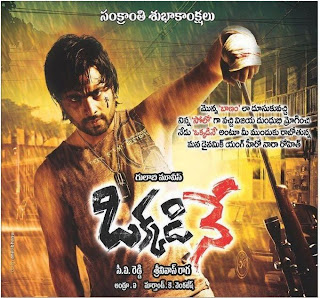 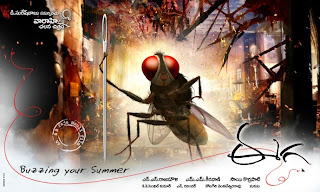 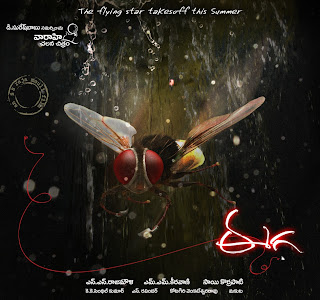 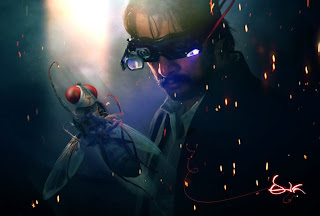 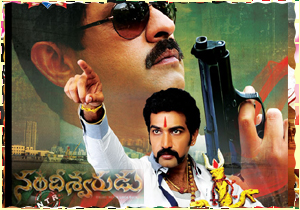 Nandu (Tarak) is an aspiring IPS officer and he comes from a large and loving family. However, few incidents lead him to clash with the dreaded goon Baba (Ajay) and this results in Nandu landing in jail and emerging soon as Nandiswarudu.

Meanwhile, the government appoints the tough cop Eshwar Prasad (Jagapathi Babu) to put a check to Nandiswarudu and his parallel system of governance. But public support and his goodwill give him strength. Finally, the battle gets strong between Nandiswarudu and Baba. Who emerges victorious and whether Nandu escapes from the clutches of Eshwar Prasad or not forms the rest of the story.

Tarakaratna has given a sincere performance. He has improved in dance, body language and screen presence. But he needs to work on his dialogue delivery and reduce the stiffness in front of camera. He should avoid imitating his ‘Babai’s dialogue delivery or mannerisms like big moustaches. Most importantly, he should be careful on the projects and roles he chooses.

Sheena was there for providing the visual relief in songs and ensure the romance quotient is fulfilled. Performance wise, there was nothing for her to do but her sex appeal is satisfactory.

Jagapathi Babu is very good. For some reason, he tends to deliver exceptional performances when he does special roles instead of lead roles. Here again, he was the best among the lot.

Ajay is another talented actor. He has the right kind of menacing looks and personality of a villain. Though his character was not etched to the fullest but he made his presence felt.

•Poor imitations of few scenes from other films

The film is the remake of the Kannada movie ‘Deadly Soma’ and unlike the regular remakes where the script is tweaked to suit the nativity of the local audience, nothing has been done here.

The key reason for the film to suffer is the weak handling of the script by the director. Though he maintained a good pace, he was unable to deliver the emotional impact or come up with scenes that will make the audience connect with the film. It would have been nice had the film was just dubbed and released than remaking it.

Entire film is filled with killings. Hero keeps on killing the antagonists. The narration goes in a very artificial way without any depth in scene conceiving. No one knows why hero’s father gives a bundle of money to his son when the latter is in prison. Father states to his son giving money, “Keep this money with you and use for need”. Had the director confused prison with a hostel? Such headless scenes made audience scratch their heads.

The real fall of graph starts when Tarakarathna gets into the get up of Balakrishna in Simha with a snake like moustache. He tried to imitate Balakrishna but failed to convince the audience.

Actress Sheena is very short beside Tarakarathna. The director and cinematographer failed to cover the gap with basic common sense. Watching this film is like sitting on fire.

Overall, this is a film which suffers primarily due to the director’s weak handling and a subject that is old school. Given the likes of ‘Businessman’ and ‘Bodyguard’ even the B, C centre audience would not show that much interest so success is highly unlikely at the box office. 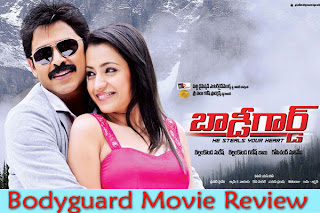 Story :
Venkatadri ( Venkatesh ) is a tough bodyguard who is assigned to protect the family of Varadarajula Naidu (Prakash Raj). Keerthi (Trisha) is the college going daughter of Naidu and Venkatadri accompanies her to the college to keep a watch. Fed up with the close scrutiny maintained by Venkatadri, Keerthi hatches a plan with her friend Swathi (Saloni) to divert Venkatadri’s attention. Kerthi starts making anonymous calls and gets Venkatadri to believe that he has a lover.
A game that starts for fun soon turns serious and emotional bonds are formed. Varadarjulu meanwhile plans to get Keerthi married with bava, Naidu ( Subbaraju) . What happens next? Will Venkatadri know who his anonymous lover is? That forms the rest of the story.


Analysis
Director Gopichand Malineni stuck to the original version script without many changes making it a genuine remake. Bodyguard is a simple story with an unexpected twist in the end but what makes you fairly engaging and connects to the movie is the interplay of characters, emotional content, ease in narration and engaging dialogues. Also, Bodyguard has all the commercial elements, high voltage action sequences, the comedy is handled well, songs were shot in beautiful and scenic locales. First half of the film is packed with fights, romance, and humor while the second half is an emotional galore and the climax is an asset for the film. Bodyguard has its own flaws but can be overlooked on a whole.
Performance
Bodyguard is a tailor made script for Venkatesh and it’s a cakewalk to him. The character showcases love, happiness, comedy, sorrow and all other emotions equally and one has to agree Venkatesh is the right choice for the movie. He has made theater split in laughter with his lady getup in which he shakes leg for Poovai Poovai number.
Trisha is fascinating and she has delivered her best in performance. While the first half showcase her funny and naughty side, the second half brings emotional side to the film.
Saloni in the role of Swathi as Trisha’s friend performed very well. Prakash Raj is regular, Pragathi is alright. Ali and Venu Madhav are hilarious, Kota Srinivasa Rao is good, Subbaraju is fine
Technicalities:
Shyam K Naidu’s cinematography is good and the movie looked rich in each frame. Thaman’s songs are soothing and a couple of songs are shot in scenic locales, the background score elevated the scenes. Gopichand Malineni’s direction is good, the story is similar to the remake and had no big changes so is the screenplay, dialogues are amazing and special mention to Kona Venkat, also fights were choreographed well.
Final Word:
Bodyguard is a nice, easy and clean watch. It has some decent comedy, a nice balance of romance and sentiment coupled with some solid performances from the lead cast. Good dialogues enhance the appeal of the film. If you can ignore some cliched moments in the film and a slightly slow second half, the movie is worth a watch. Venky has played to his strengths and families will love it. Thumbs up for Bodyguard.
Posted by FULL OF MASTY at 7:33 PM 0 comments 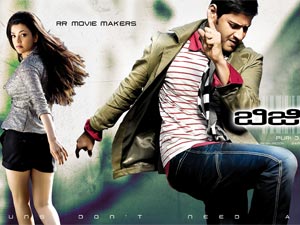 Business Man Movie Review, Rating, Telugu film: Mahesh Babu is back after a mighty hit Dookudu as Businessman. He teamed up with Pokiri director Puri Jagannadh and it is no wonder the expectations are extremely high. Did Mahesh and Puri repeat Pokiri magic, is this going to be another Dookudu kind of sensational film at the box office? Let’s get into the details of Businessman
Rating: 3.25/5

Story:
Surya (Mahesh Babu) comes to Mumbai with a sole aim to become “Bhai” for the city. He starts his mission by recruiting rowdies for monthly salaries. He eyes Mumbai Police Commissioner’s daughter Chitra (Kajal) and loves her. How did he become Bhai and turn out to a big Businessman, forms rest of the story.

There is no story in the film except for a line or two. Puri Jagannadh has written a character and fixed it in a setup. Mumbai mafia is the backdrop of the film. Hero enters the city when there are no opponents at all. So his aim becomes easy and he reaches to the top within no time.

There is a little flashback to him in his childhood, which has nothing to do with his goal though. Even the romantic thread doesn’t have the soul. Businessman is typical Puri film with loads of rowdies and cops scattered all over the screen.

Puri has been doing the same since Pokiri and this time he got the best man in business to be his Businessman. It is Mahesh Babu’s show all the way. His intense performance and powerful dialogues keeps the film alive. There is that humorous angle added to his character and he and only he entertains you as there are no comedians in this film.

Businessman will be liked by Mahesh fans and people who love action movies that defy logic and take all the liberties of filmmaking. It won’t appeal to audience who look for wholesome entertainment and a well written script with well crafted scenes.

Mahesh Babu is the lifeline for this film. He excelled as Surya Bhai from the start to end. Watch out for his fire filled eyes and also his naughty one liners that he exchanges with Kajal. His fans will adore him as Surya Bhai.

Kajal is just okay. Despite having many scenes in the film, her character is poorly etched and therefore she failed to make an impression. Nazar is neat. Brahmaji is fine. Prakash Raj is routine. Sayaji does his usual things.

Dialogues by Puri Jagannadh are the best part in this film. If you like a certain scene in Businessman that is because of the good dialogues in it.  There are so many thoughtful dialogues in typical Puri style. Thaman’s music is good. He did a fine job with the background score and scored a couple of real chartbuster numbers. Cinematography is neat, editing is slick. On the technical front, it is like every Puri Jagannadh’s film. Production values are top notch.

Direction by Puri Jagannadh is poor. Screenplay is racy but there is nothing to talk about. He simply placed scene after scene without much purpose. There are certain things in the film which demands director’s brilliance. But Puri didn’t mind to put in some mind into those. The film is completely away from logic and reality. It is a mindless entertainer which depends on the hero. As a director Puri did nothing to be proud of this product.

Businessman will set new benchmark in terms of openings. But will it sustain in long run depends on how other sections of audience react to it other than Mahesh Babu fans. Worth a watch for Mahesh Babu and Puri dialogues! 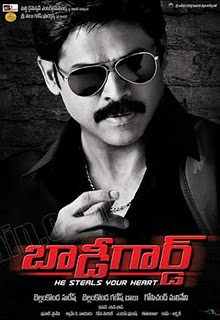 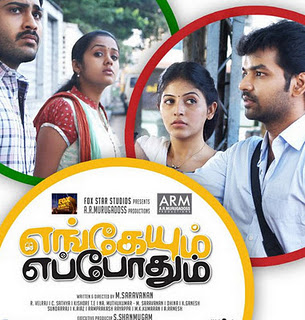 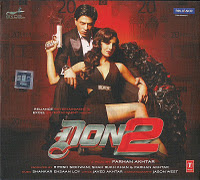 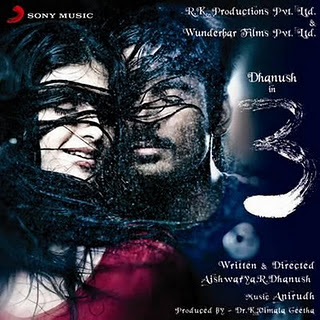 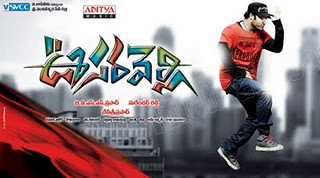